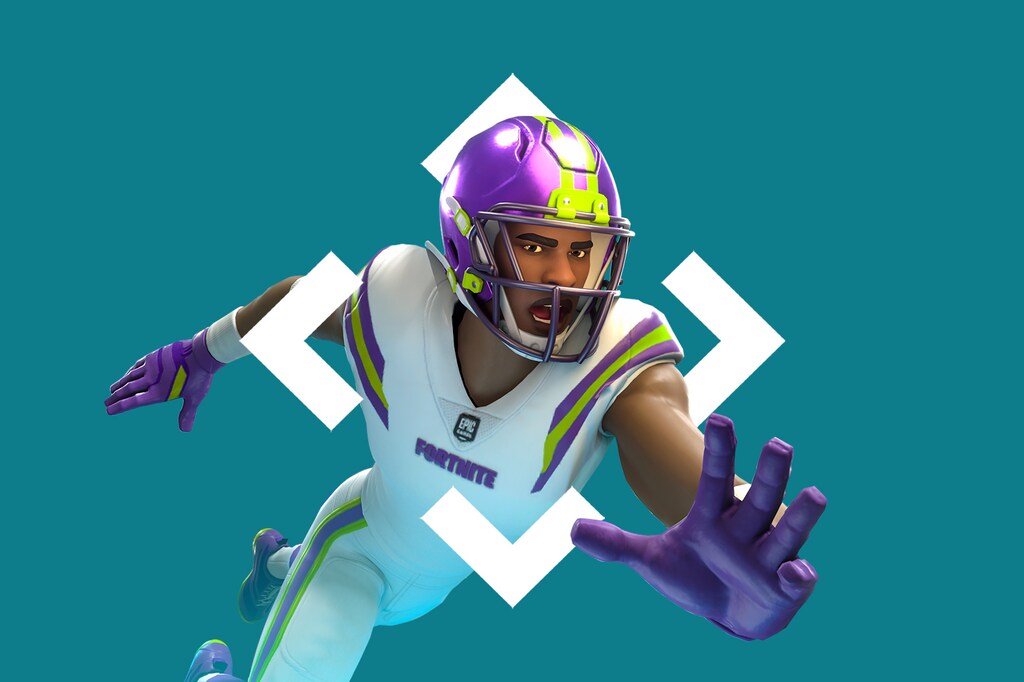 In pursuit of young fans in video game spaces, the NFL announced Thursday an ongoing virtual presence in “Fortnite’s” Creative mode, called NFL Zone. The new partnership will include mini games, modified versions of “Fortnite” game modes using football terminology (“seek and sack” instead of “search and destroy”) and collaborations with top gaming and streaming influencers.

NFL Zone follows several new forays the nation’s most-watched league has made into the gaming space in recent years, as younger generations’ interest in traditional sports wanes. An internal ESPN poll showed the share of “avid” sports fans between 12 and 17 years old declined from 42 percent, in 2010, to 34 percent in 2020.

Earlier this year, the league launched a similar offering within “Roblox” called NFL Tycoon, where players could build and play in their own NFL-branded stadiums and participate in special events. Recently, the league announced its second experience in “Roblox,” Quarterback Simulator, which is a mini game that also disseminates NFL messaging like its in-school nutrition and physical activity program.

VR tech is funny. Why isn’t it pitched that way?

“Sports leagues are irrelevant through the media that’s relevant to younger generations,” said Matthew Ball, author of “The Metaverse” and former head of strategy for Amazon Studios.

This has forced leagues to figure out how to engage on video game platforms in ways that are effective in reaching members of those communities, according to Ball.

“On [metaverse] platforms, it’s not watching an ad, it’s not doing an native ad with a YouTuber, it’s creating an native experience that gamers can feel and touch and that they can use for self expression,” he said, describing the ways in which marketing toward younger generations has evolved.

Past NFL partnerships with “Fortnite” have proved successful. In 2018, the game introduced licensed NFL in-game cosmetic skins; according to data revealed during the trial between “Fortnite” creator Epic Games and Apple, Epic sold 3.3 million NFL skins in the month they were released, making this collaboration the third most lucrative in intellectual property partnerships for Epic. (The top two were Marvel and Star Wars.) “Fortnite” has more than 400 million registered accounts and millions of daily active users.

According to the NFL’s VP of Gaming, Ed Kiang, the league’s latest move with “Fortnite” is a “natural progression.”

“We’ve been really thrilled with the amount of engagement that we’ve had in ‘Fortnite’,” Kiang said. “We want to deepen our engagement with that ‘Fortnite’ community and really create this persistent experience that I think we really can grow from.”

Other recent NFL moves in gaming include a forthcoming NFT-based game, a relaunch of the NFL 2K series, and a recent VR-based game. Kiang said the range of new games and the engagements with “Fortnite” and “Roblox” enable a broader audience beyond core NFL Madden gamers.

“Madden is this incredibly fun game, but it’s also really challenging for new users to play. It has a lot of depth and strategy that it takes time for casual players to get up to speed on,” he said.

NFL Tuesday Night Gaming, which began this year, is a gaming series featuring NFL players and top gamers. Though some videos of the show on YouTube from two months ago only have view counts in the low hundreds, Kiang said that metric is “probably not a good reflection on performance” and that the NFL is “happy on how it’s coming along.”

Kiang said the NFL is committed to the metaverse as a way to reach new younger fans and potential fans. Many companies have taken up the mantle of the metaverse — a hypothesized next version of the internet, akin to a shared virtual space — including Epic Games.

“It’s a really rapidly evolving landscape and I don’t know that there’s any one direction of where that’s heading,” he said. “It’s the next natural progression of the way we use the internet, so in that regard it’s an easy yes. The internet is such a large part of what we do and how we reach fans. I can only see us leaning in more.”

Assessing the NFL’s new “Fortnite” experience and metaverse strategy more generally as a way to reach younger people, Ball said it makes sense — in theory. But even the best Bill Belichick game-plan needs players to execute it properly.

“Ultimately, this is going to come down to creative implementation. We know that the demand is here,” Ball said.

What is tokenization and how are banks tapping into its design principles?

ApeCoin: Knowing this before the launch of APE staking might save your investments